Supplements are normally tablets, capsules, potions and powders that are designed to correct for a deficiency or to enhance health. They are classified by the companies that sell them in different ways, some of which are quite arbitrary. Below, I've classified supplements so that you can see how they originate, what function they serve in the body and learn some more useful facts about them.  Next week I'll address the question of when and how it is sensible to supplement, as well as looking at which suppliers are most reliable.

Vitamins along with minerals are sometimes referred to as micronutrients. This distinguishes them from macronutrients such as protein, fat and carbohydrate. Note that virtually all supplements, except for some herbs and synthetic vitamins, are likely to be found in commonly consumed foods. 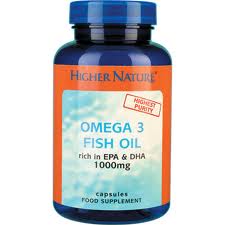 So are supplements worth taking? That would depend on which of the views below you hold?

My experience is that people seem to mostly sceptical or enthusiastic. A cautious and studied approach is less common. This is entirely understandable, as the research required to be sure you are not, 1) Being duped by product marketing for a supplement or 2) are deficient in an important nutrient, is potentially  vast.

There are several things to bear in mind when choosing which of the above camps you should sit in.